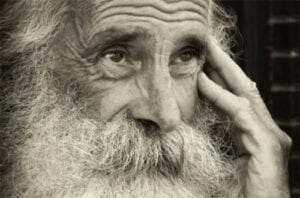 Alzheimer’s disease affects the brain, causing memory problems and eventually severe problems with mental function. It gets worse in stages, and people with Alzheimer’s have gradual memory loss as well as loss of judgment, trouble concentrating, loss of language skills, personality changes, and a decline in the ability to learn new tasks. In advanced stages, people with Alzheimer’s can lose all memory and mental abilities.

Alzheimer’s is the most common kind of dementia. About opens in a new window5.8 million Americans have Alzheimer’s, and this number is expected to grow as the population gets older. How it progresses is different for each person. If Alzheimer’s comes on quickly, it usually gets worse quickly. If it has been slow to get worse, it will often continue slowly.

Alzheimer’s symptoms happen because the disease kills brain cells. In a healthy brain, billions of neurons create chemical and electrical signals that are relayed from cell to cell. They help a person think, remember, and feel.

Neurotransmitters — brain chemicals — help these signals move from cell to cell. In people with Alzheimer’s, neurons in some places start to die, and the brain makes lower levels of neurotransmitters. That causes the brain to have problems with its signals.

There is no cure for Alzheimer’s, but there are some medications that can help slow the progression of the disease in some people. Some herbs and supplements, and lifestyle adjustments, may help reduce the risk or improve quality of life. Many believe massage provides the best natural remedy for some of the symptoms.

Signs and Symptoms of Alzheimer

The early symptoms of Alzheimer’s disease can be missed because people may think they are due to “natural aging.”

The following are the most common signs and symptoms of Alzheimer’s:

Researchers aren’t sure what causes Alzheimer’s disease. Both genetics and the environment may combine in some cases. Recent research indicates that free radicals (molecules that damage cells and DNA) may play a role.

The brains of people with Alzheimer’s have a buildup of two types of proteins. Clumps of abnormal cells are called plaques, made of beta-amyloid protein. These plaques build up between neurons and may stop them from communicating with each other. Inside nerve cells are tangles, made of twisted tau protein. The brain needs tau protein to function, but in people with Alzheimer’s the protein gets twisted, which may cause damage to brain cells.

People with the APOE-e4 gene are more likely to develop Alzheimer’s — it’s known as a “risk gene” for the condition. But scientists think there may be many more genes involved. And even people without inherited genes for the disease can get Alzheimer’s.

There is no single test for Alzheimer’s disease. A true diagnosis can be made only after a person dies and an autopsy is done on the brain. However, Alzheimer’s usually has a pattern of symptoms. A doctor will start by ruling out other possible causes. The doctor will ask questions about medical history and symptoms and do a physical exam, including a neurological exam.

A genetic test, using a blood test for the APOE-e4 gene. Having the gene may suggest Alzheimer’s, but it does not always mean someone has the disease.

No one knows exactly how to prevent Alzheimer’s disease, but eating a healthy diet and exercising regularly help.
Eating more fatty, cold-water fish, such as tuna and salmon, may lower your risk of dementia. This may be because these fish have high levels of omega-3 fatty acids, which are good for the heart and the brain. Eating fish at least two to three times per week provides a healthy amount of omega-3 fatty acids.

Antioxidants, such as vitamins A, E, and C (found in darkly colored fruits and vegetables), may help prevent damage caused by free radicals.

Keeping blood pressure levels normal may reduce the risk for Alzheimer’s.
Keeping mentally and socially active may help delay the start or slow the progression of Alzheimer’s.

The goals in treating Alzheimer’s disease are to:

Herbs may strengthen and tone the body’s systems. As with any therapy, you should work with your health care provider before starting any treatment. You may use herbs as dried extracts (capsules, powders, teas), glycerites (glycerine extracts), or tinctures (alcohol extracts). Unless otherwise indicated, you should make teas with 1 tsp. herb per cup of hot water. Steep covered 5 – 10 minutes for leaf or flowers, and 10 – 20 minutes for roots. Drink 2 – 4 cups per day.

People with Alzheimer’s disease become frustrated and anxious because they cannot communicate well with the language. Using touch, or massage, as nonverbal communication may help. In one study, people with Alzheimer’s who got hand massages and were spoken to in a calming manner had lower pulse rates and didn’t engage in as much inappropriate behavior. Health care professionals think that massage may help not only because it is relaxing, but because it provides a form of social interaction whether real or mechanical.

Music therapy — using music to calm and heal — cannot slow or reverse dementia. But it may improve the quality of life for both a person with Alzheimer’s disease and their caregiver. Clinical reports suggest that music therapy may reduce wandering and restlessness and increase chemicals in the brain that promote sleep and ease anxiety. Mood also got better after listening to the music.

How can Massage Chairs help?

There’s no denying the power of bodywork. Regardless of the adjectives we assign to it (pampering, rejuvenating, therapeutic) or the reasons we seek it out (a luxurious treat, stress relief, pain management, emotional comfort), massage therapy can be a powerful ally in your healthcare regimen and can be administered for patients with Alzheimer’s Disease.